​
Clan MacLeod Pipe Band is celebrating its 70th anniversary this year, having first formed in March 1948 as the City of Mosman Pipe Band.    The band’s first public engagement was ANZAC Day, 1949.
​
After playing for the Sydney visit of Dame Flora MacLeod, Chief of the MacLeod Clan in 1954 and 1958, the band was renamed Clan MacLeod Pipe Band in 1963 and received approval to wear the Ancient MacLeod of Harris and Dunvegan tartan which it wears today.
​
The band practices every Monday night at St Leonard’s Park in North Sydney and is always ready to welcome new members wishing to learn to play the pipes or drums. 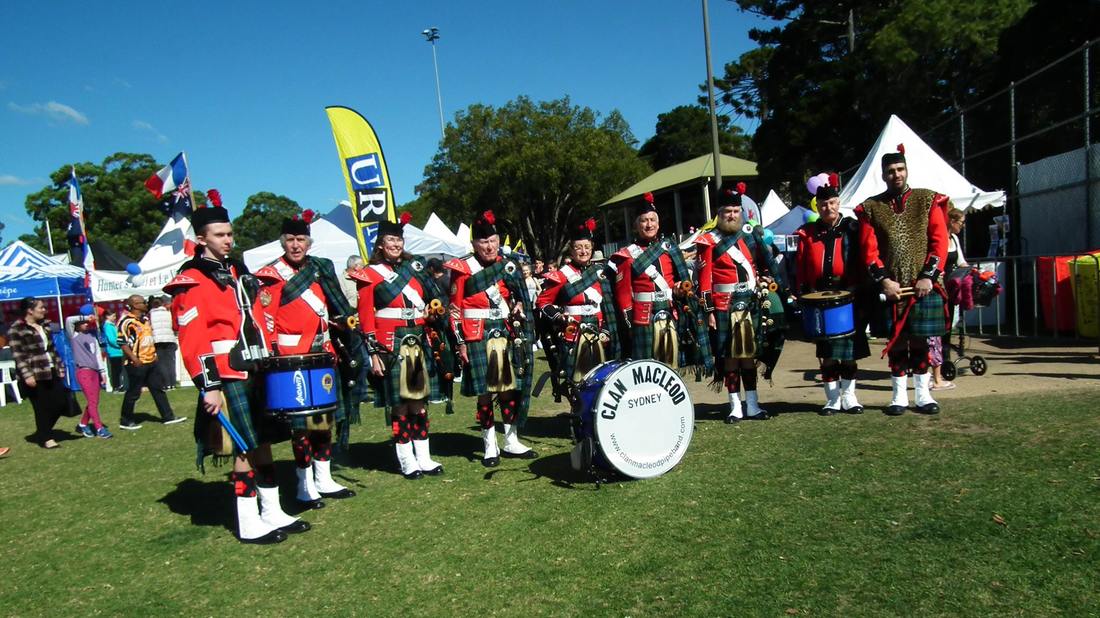